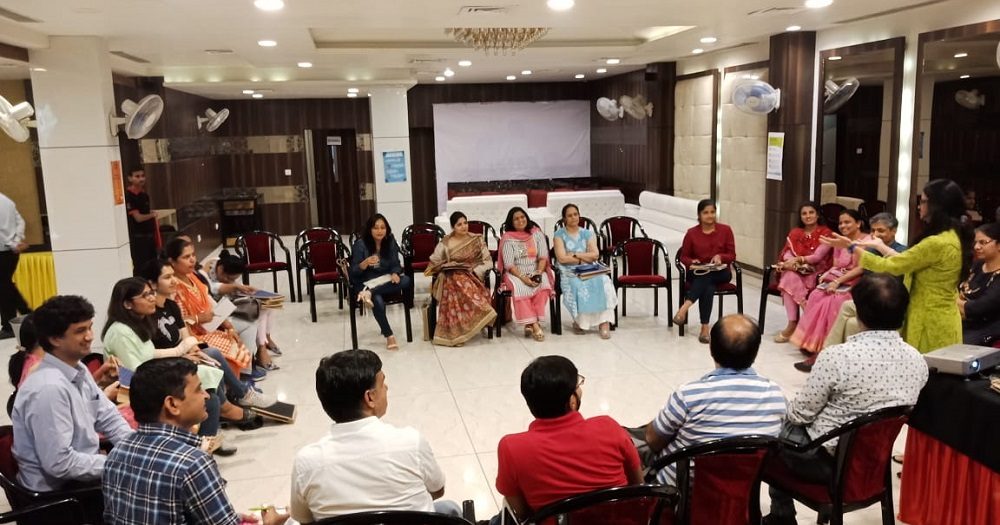 Vishakha is part of the Women’s Movement and we strongly advocate for the State to invest in and facilitate policy and comprehensive programmes towards equity, inclusion, safety and empowerment of women, girls and all marginalized communities.

Some of our current advocacy concerns are:

Vishakha emerged during the strong resistance of the Women’s Movement to the Deorala ’sati’ incident. Challenging Violence against women has been central to the work of the organisation ever since.

In 1992 when 5 women’s organisations came together to file a petition in the Supreme Court seeking a legal framework and mechanism to address sexual harassment at the workplace, Vishakha became a primary litigant.

We were active in the nationwide Consultative processes towards the formulation of the PWDVA – Protection of Women from Domestic Violence Act.

We advocated for the setting up of Holistic Redressal Centres for violence intervention and demonstrated the running of Mahila Salah evam Suraksha Kendras in 13 districts of Rajasthan.

We continue to advocate for the Implementation of the Prevention of Sexual harassment at the Workplace Act at all Workplaces.

In 2017, We undertook a Scoping Study of Jaipur to highlight the needs and concerns for developing Jaipur as a Safe City with Safe Public Spaces for Women And Girls and hosted multiple stakeholder Consultations to share the findings.